When visiting the different Disney parks around the world I always enjoy seeing how rides differ from place to place. Space Mountain is one of the rides that shows up in all of the Disney parks (if you count the version at Disneyland Paris, see below) and Tokyo has my favorite version of the ride.

Built in 1983, the Space Mountain in Tokyo was the third Space Mountain built and was designed as a replica of the Disneyland version of the ride. A 2007 renovation of the ride brought the indoor portions into sync with the 1998 Disneyland Tomorrowland updates including contemporary futuristic curves and music. The reason I like this ride; however, is that the outdoor areas maintains the angular retro futuristic look and feel and includes the ride up white elevator that the original Disneyland ride had. 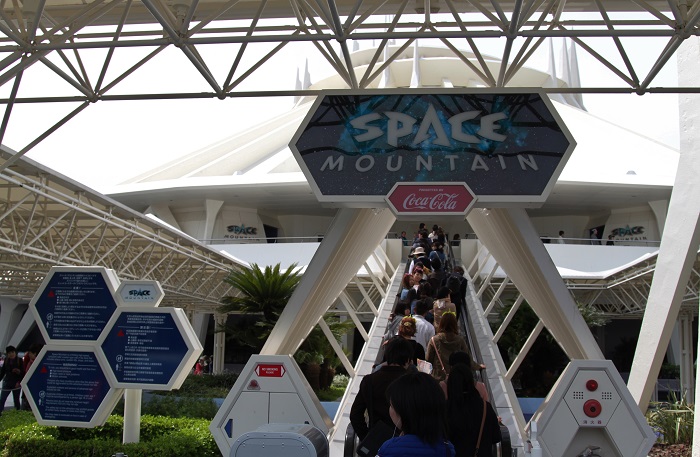 Many people mistakenly believe that Disneyland’s Space Mountain is the original; however, it wasn’t built until 1977, a full two years after the Orlando Space Mountain was opened in 1975. While Hong Kong’s Space Mountain entrance is at ground level, the ride track and exterior are based on the California ride.

Disneyland Paris’ version of the ride differs the most from the original and in fact was originally meant to be called Discovery Mountain. That ride has a catapult launch system and three loops which sometimes surprises people like my Dad and sister who were expecting “normal” Space Mountain. It wasn’t until they saw the shoulder restraints that they clued into something being wrong!

Regardless of where you are, Space Mountain is usually one of the most popular rides in each part. If the park is busy then this ride will be busy and Tokyo Disneyland can get very very busy. When your Fastpass window re-opens after grabbing passes for Pooh’s Hunny Hunt, look for Space Mountain passes next! 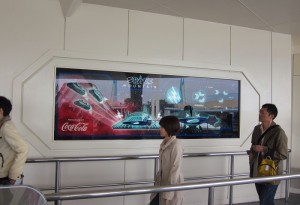 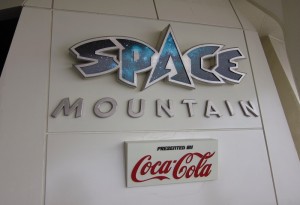 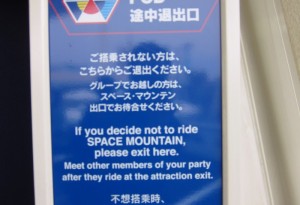 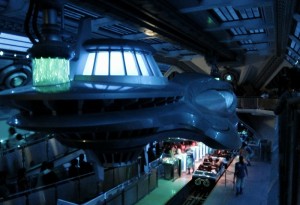 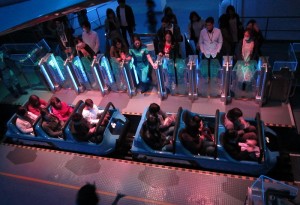 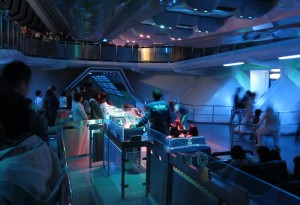