With California’s warm winter, the holidays are the busiest time of year at Disneyland. The kids are out of school and Disney magic is in full force with Mickey’s Christmas decorations spread all over the parks. While you can expect big crowds from mid-December until early January, surviving Disneyland on New Year’s Eve requires some serious planning. 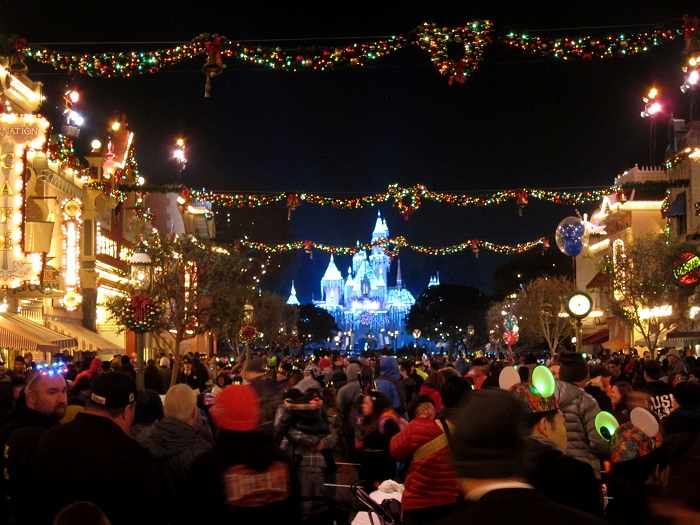 There are a few days in the year where Disneyland actually hits capacity and is forced to shut the turnstiles, turning away guests. While capacity procedures aren’t officially published, touringplans.com shows how phased closures are typically managed in Orlando. In simplified terms:

Note that in phase 3 you can’t re-enter a park if you leave. While I’m told that Disneyland will typically get to one of these types of closures on New Year’s Eve you can’t be sure when the closure will happen or for how long.

As we were staying off property and travelling with children that meant that we had to try getting into Disneyland before a phase 2 closure went into effect. Importantly, it also meant that we had to be prepared to stay in the park all day just in case of a phase 3 closure that would mean we might not get back in for the New Year’s eve celebrations if we went back to the hotel for a break.

Speaking to our hotel concierge, we were assured that arriving mid-morning would be safe, and since we didn’t want to have the kids in the park from 7am until 1am on New Year’s morning we decided to arrive around 9:30 am. This was a bit of a gamble, but then pushing a mid-evening meltdown seemed like a bigger risk.

Knowing that line-ups would be longer than usual, we mostly expected to take it easy during the day. We planned a lot of window shopping and exploring parts of Main Street that we often skip over. I’ve actually heard of people taking a long afternoon nap inside the Main Street Cinema in preparation for a long evening. We didn’t see anyone sleeping in there, but we didn’t stick around too long. Of course, we grabbed some FastPasses whenever it was convenient. 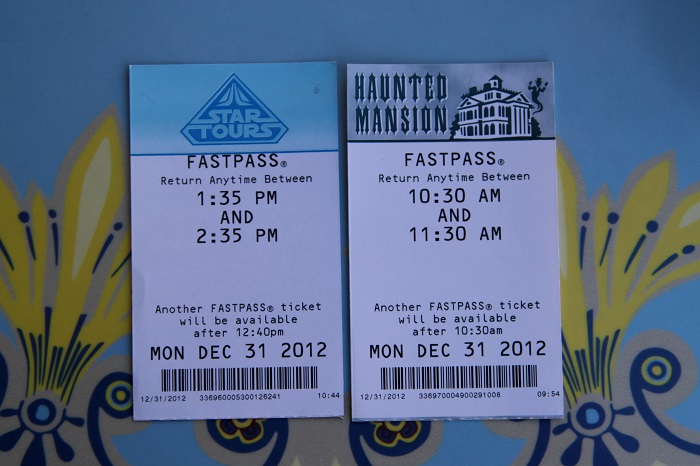 By 2 o’clock in the afternoon Disneyland started to get uncomfortably full. Walking down any of the main pathways required that the group all hold hands to make sure no one got lost. The area in front of the castle was already filling up with people reserving spots for the New Year’s celebration.

At this point we realized that it was unlikely that the younger kids were going to make it to midnight so we grabbed a front row spot on the Rivers of America where we planned to take in the early Fantasmic which would be followed by an early fireworks show. Once we got comfortable we would send small groups out to hit rides and grab food. By 4 o’clock the river banks were full. Around dinner time we sent scouts out to gather New Year’s Hats and Noisemakers that they started giving out. Moving in small groups was much easier.

Fantasmic was great as usual, especially since all of the kids and two of the adults had never seen the show before. The fireworks show seemed a little lackluster but only because it followed Fantasmic. They did have the snow machines out which everyone enjoyed even though snow is nothing new to us. This being the first time in years that I’ve sat and watched Fantasmic, I was pretty annoyed by people sitting behind us recording the show on their iPhone’s in night mode where the “flash” remained lit the whole time.

Angry Tip: The little light on your phone will not reach all the way to the show that you are recording and all you are doing is illuminating the crowd. This not only means that everything else will be darker in your video but it also makes it very hard for the rest of us to see the show as well! 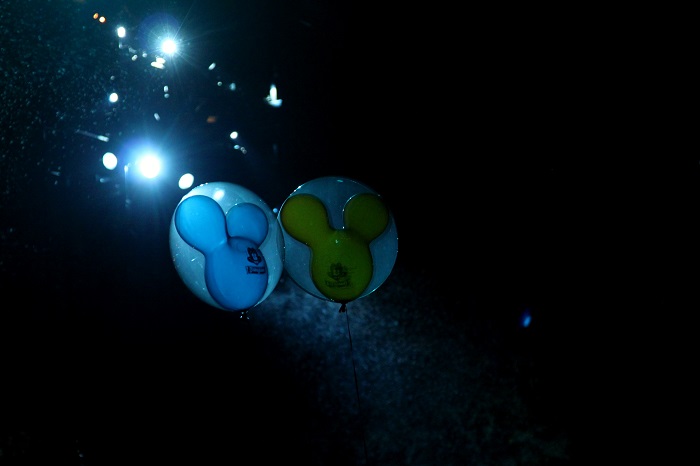 After the fireworks show the cast members very efficiently cleared everybody out and an early mass exit made their way through Adventureland. When we got to the Plaza Pavilion we realized that the exiting crowds were being herded backstage towards City Hall to avoid the crowds that had gathered on Main Street for the midnight celebration. Part of me really wanted to see backstage but I was worried that I wouldn’t be able to get back in. I was looking forward to staying until closing so two of us adults and two of the older kids split off and waded back into the crowds.

By then it was pretty pointless trying to get a good spot in front of the castle. We wandered around and tried to get onto some of rides hoping that most of the people were waiting for the fireworks but the big rides still seemed to have pretty long lines. The only short lineup was for Matterhorn so we rode it couple of times in a row and headed back towards Main Street shortly before midnight.

Our goal was to try to find a side view where we could at least get some nice shots of the castle. We ended up in a spot near Pixie Hollow where we could see the Castle through the trees. The spot seemed pretty good, but then about 5 minutes before midnight we noticed that roped off walkway through the crowds was slowing down and and decided to try timing our walk to get us in front of the Castle for the countdown. It worked like a a charm. 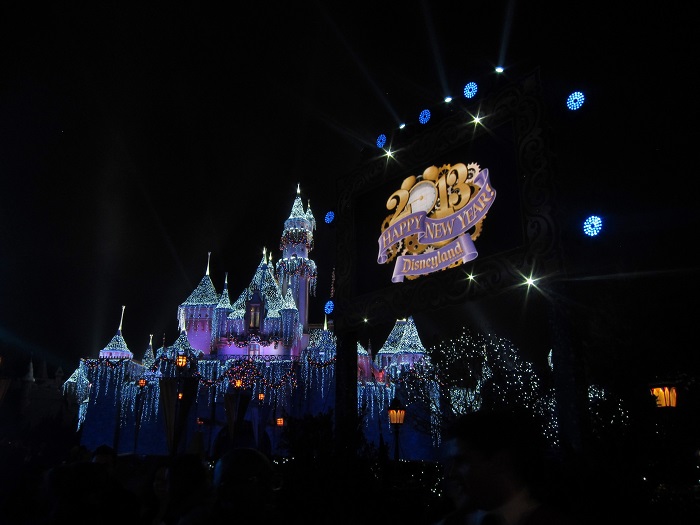 After the countdown we stuck around the park hoping for some short lines but realized that everyone else had the same idea. At 12:30 am rides in Tomorrowland had posted wait times of over 45 minutes so despite the fact that the park was open until 2 we decided to call it a night.