When entering the American Waterfront area at Tokyo DisneySea you are transported to early 1900’s New York harbor and Cape Cod. One of the very first food stands that you come across is Delancey Hot Dogs. 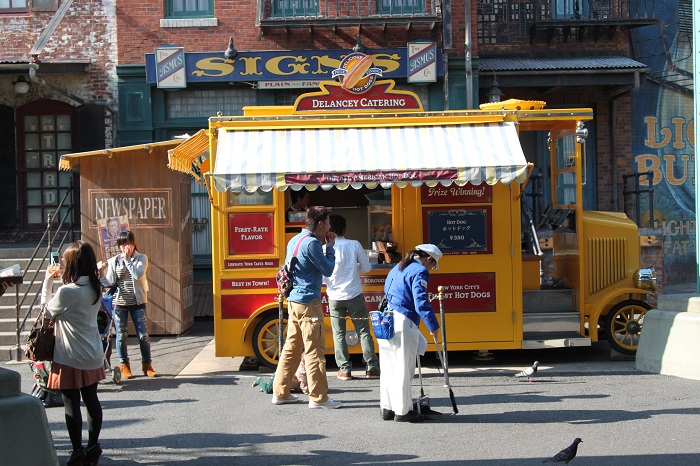 Given all of the great food in Japan, I’m sure that there are some amazing hot dogs to be had in Tokyo. Unfortunately, the ones at Delancey aren’t actually very good. The buns are a little bit cakey and dry and dog itself is neither snappy nor juicy.  Having said that, even this unremarkable snack still was way ahead of the hot dog that I ate in the real Central Park. That real New York hot dog tasted like the vendor had cooked it for days and never changed the water in his cart. The ones at Delancey were bland and boring but entirely edible. 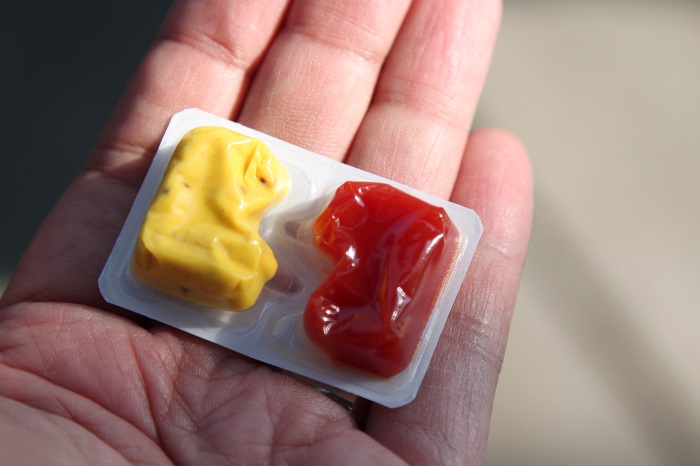 Luckily for Mr. or Mrs. Delancey, their hot dog stand had one major redeeming factor that makes their average product worth trying: the 2-in-1 ketchup and mustard packets. Each packet has both ketchup and mustard. Folding it in half and and squeezing dispenses equal parts of both in nice orderly lines. 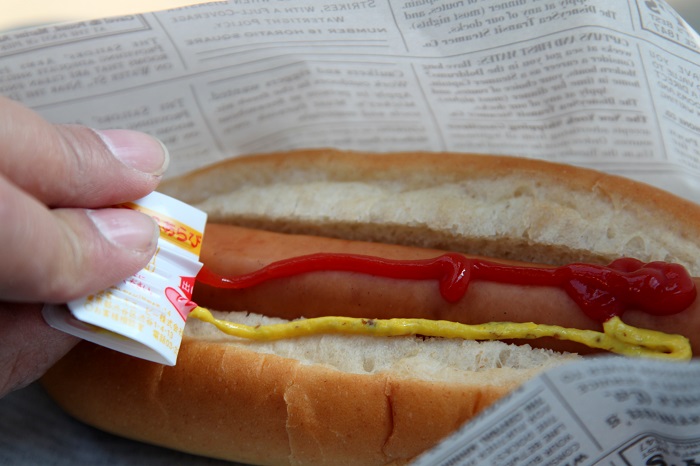 Of course, this is only helpful if you come from part of the world that accepts both ketchup and mustard on a hot dog at the same time. Ketchup on a dog is pretty much a felony in Chicago but you might get away with it in New York. Apparently it’s also fine in Tokyo. There really isn’t a non-messy way to squeeze out one without the other at Delancey Hot Dogs at DisneySea so just go for it!

Or course, kids love all kinds of hot dogs, so if you find yourself at Tokyo DisneySea I suggest that you bring some little ones with you. That way you can enjoy all of the fun of the ketchup and mustard dispenser without having to actually eat the sub-par dog.